As the newly elected far-right-wing Israeli government tightens its noose around Palestinians in Israel and the occupied Palestinian territories, so too does the noose tighten around U.S. citizens and organizations who dare to criticize Israeli apartheid, occupation, and war crimes. State after state in the United States has adopted the International Holocaust Remembrance Alliance definition of antisemitism, which defines actual forms of racism, but also includes criticism of Israel’s racist policies as being antisemitic. We seem to be at an unfortunate point now in the United States, when those persons or organizations who want to hold Israel accountable for its actions may be branded as antisemitic by the government, which could even lead to charges of domestic terrorism. 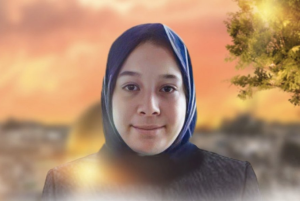 Two weeks ago in the occupied West Bank city of Jenin, Jana Zakarneh, a 16-year-old girl (photo left, from social media), went up to her rooftop to find her cat, and she never returned. Her uncle found her in a pool of blood. She had been shot by Israeli soldiers four times in the head and neck. It was an accident, according to the Israel Defense Force (IDF). 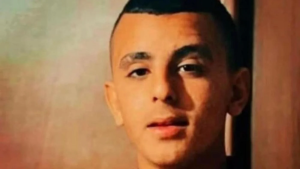 In the same week, IDF soldiers killed Diaa Muhammad Shafiq al-Rimawi, a 16-year-old boy (photo right, from social media), in the central West Bank, with two bullets to his back. The first bullet exited from his chest and the second exited from the abdomen. He had apparently been throwing rocks at a settler’s vehicle.

This type of “shoot to kill” policy will intensify with the newly installed racist government intent on wiping out the “terrorists”. Nightly raids in the West Bank during 2022 led to 2,500 arrests and left 165 Palestinians dead, 34 of them children.

Rabbi Jill Jacobs, CEO of T’ruah, an organization representing more than 2,300 rabbis and cantors in North America, warned, “Israel’s new government is a stark display of rising fascism and racism.” Itamar Ben Gvir, an openly racist Jewish supremacist, is now the Israeli public security minister. His ultra-nationalistic Jewish Power organization was previously convicted of incitement to racism and supporting a terrorist organization. Zvika Fogel, a member of the Knesset for Ben Gvir’s party, said, “So I will tell you something that is very unpleasant to say. If it is one Israeli mother crying, or a thousand Palestinian mothers crying, then a thousand Palestinian mothers will cry.” When asked by the presenter if this policy was racist, Fogel said: “We are too merciful. It’s time for us to stop being so. It has nothing to do with racism.”

Maybe the most dangerous effects of the new government will be felt on the streets, where Palestinians and Israelis come into contact most closely – in Jerusalem (which is 40% Palestinian) and in mixed Arab-Jewish cities like Lod/Al-Lid, Jaffa, and Haifa. The already-fragile dynamic between Jewish and Palestinian citizens, and the latter’s vulnerable position, could easily deteriorate further as a result of Ben Gvir’s targeting of them as internal enemies. Both he and Netanyahu referred throughout the recent election campaign to Palestinian Arab politicians as “terrorists” or “supporters of terror”. Ben Gvir has threatened to deport Arab citizens he deems disloyal. He has also encouraged the creation of Jewish vigilante militias in cities across Israel to protect Jewish citizens from what he claims are threats from Palestinians, both citizens and laborers entering from the West Bank.
As the IHRA tries to pressure the United Nations to adopt its definition of antisemitism, recently, 128 scholars specializing in antisemitism and Holocaust studies expressed their growing concerns over this vague and weaponized definition, which they felt could easily be invoked to label

“antisemitic” any U.N. resolution that criticizes Israel. As an alternative, 210 scholars put forward the Jerusalem Declaration on Anti-Semitism (jerusalemdeclaration.org).

Each U.S. citizen directly supports what Amnesty International has deemed an apartheid state of Israel, by contributing about $25 per person towards the $38 billion in military aid to Israel. U.S. citizens are also, simultaneously, contributing tax dollars to the Anti-Defamation League (ADL) to fight all forms of antisemitism, but in the ADL’s view, this includes much criticism of Israeli racist policies. When Congress recently awarded the ADL $305 million in grant money to combat antisemitism, the ADL CEO, Jonathan Greenblatt, said “We thank Congress for taking key steps to fund the fight against antisemitism, extremism, and all forms of hate.”

When the lines of what truly constitutes antisemitism get blurred, and the racist policies of the Israeli government are protected by our government, then U.S. citizens are, in essence, funding the demise of our own civil liberties to protest human-rights abuses.