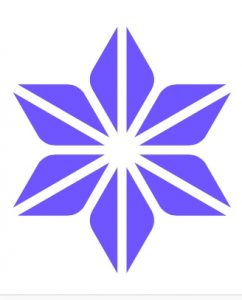 We are living at a time of rising instances of virulent anti-Semitism in the United States, endorsed by leading media and political figures. We have just witnessed the reticence of many top Republicans to condemn former President Donald Trump for consorting with rabid Jew haters. In these circumstances, it is natural that people of good will want to respond.

We must be careful, however, not to let our justified outrage at pernicious bigotry get hijacked by those who are looking for a way to defend the Israeli government from criticisms over its mistreatment of Palestinians.

There are currently bills before the New Jersey Legislature, S2434/A3882, calling for the adoption of a particular definition of antisemitism, that of the International Holocaust Remembrance Alliance, along with a set of examples of what constitutes antisemitism. Much of the definition and some of the examples are uncontroversial. But parts of the definition, and particularly many of the examples, are quite problematic indeed, and seem not to be about antisemitism at all but about trying to silence critics of Israel by weaponizing charges of antisemitism. Our suspicions in this regard are raised by the fact that 7 of the 11 examples cited are about Israel 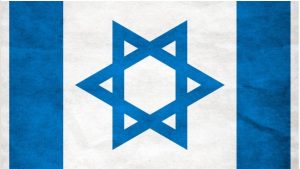 Consider the seventh example that deems it antisemitic: to deny “the Jewish people their right to self-determination, e.g., by claiming that the existence of a State of Israel is a racist endeavor.” But it is not antisemitism to point out the deeply racist nature of Israel’s Nation State Law, which states: “The exercise of the right to national self-determination in the State of Israel is unique to the Jewish People.” Nor to observe that Benjamin Netanyahu, Israel’s longest-serving and once-again prime minister, has asserted that “Israel is not a state of all its citizens . . . . Israel is the nation-state of the Jewish people and them alone.” Nor to claim that it is racism to have on the books, as Israel does, more than 70 laws that discriminate against Palestinians. Nor to report the findings of the respected international organization Human Rights Watch that  Israel is guilty of the crime of apartheid.

Now of course all these facts can be debated. But is it really the place of the New Jersey Legislature to take a position on this scholarly and political debate by declaring one of the positions to be antisemitic? Surely this is not what a free society does.

Some may argue that the IHRA’s seventh example labels antisemitic only those who claim that the existence of any hypothetical state of Israel is racist. But we have evidence as to how Israel’s apologists would like the IHRA to be interpreted in practice. In 2020, Secretary of State Mike Pompeo declared that anti-Zionism — opposition to Jewish supremacy in Palestine — was itself antisemitism. In Britain, the Labour party ruled a local party branch out of order when it tried to submit a motion endorsing a report by an Israeli human rights organization alleging the existence of apart­heid in Israel because, according to the IHRA definition, this could be seen as des­ignating Israel a “racist endeavor.” There is a great deal of experience internationally that the IHRA definition has been used to chill if not stifle criticism of the Israeli government.

Serious opponents of antisemitism understand that enacting the IHRA definition and examples into law is a violation of civil liberties and a distraction from the real task of fighting bigotry against Jews. In 2020, a group of 210 scholars in antisemitism studies and related fields, including Jewish, Holocaust, Israel, Palestine and Middle East Studies, rejected the IHRA definition as harmful and proposed in its place the Jerusalem Declaration on Antisemitism (which the legislature might want to consider as an alternative). Just this past month, another group of 128 scholars specializing in antisemitism, Holocaust Studies, Modern Jewish History, and related fields expressed their growing concern over “politically motivated efforts to instrumentalize the fight against antisemitism at and against the United Nations” by trying to push for adoption of the IHRA.

Kenneth Stern was one of the original drafters of the IHRA definition. He recently warned that right-wing advocates of Israel have been weaponizing the definition, using it in their persistent effort to close down free speech on Israel in the USA: “The Zionist Organization of America (ZOA) and other groups will hunt politi­cal speech with which they disagree and threaten to bring legal cases.”

When gunmen shoot up synagogues and thugs march through the streets chanting “Jews shall not replace us,” is it really appropriate for New Jersey to be looking to enact a definition of antisemitism that focuses on critics of Israel?

Originally published at https://www.northjersey.com/story/opinion/2022/12/07/nj-should-fight-anti-semitism-not-critics-of-israel/69706259007/, written in response to “This is why the NJ Legislature must redefine anti-Semitism,” NorthJersey.com, Nov. 30.