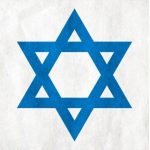 Israeli Prime Minister Benjamin Netanyahu has pledged to annex some 30% of the occupied West Bank — including the strategic Jordan Valley and dozens of Jewish settlements — starting in July. As this date approaches, it is critical for all those who care about social justice and peace to strongly condemn Israel’s planned immoral, illegal annexation. It is important as well to denounce the U.S. government’s role in facilitating Israel’s appalling action and to demand a cut-off of U.S. military aid.

For more than 50 years, Israel has been slowly but inexorably working to incorporate territory it seized in the June 1967 Middle East war. Each year, more and more Israeli settlers have been moved in—in clear violation of the Fourth Geneva Convention—and more and more Palestinians have been displaced, their lands confiscated, and their homes demolished. Each year the prospects for Palestinians being able to live in freedom and dignity have become more remote.

U.S. policy toward this ongoing land grab has been mixed. Sometimes Washington has offered mild expressions of discouragement and calls for peace. However, these words have always been accompanied by massive amounts of military aid to Israel, which has enabled its occupation, and by a guaranteed Security Council veto to protect Israel from facing any consequences for its violations of international law. At other times, Washington has enthusiastically endorsed Israel’s expansionism, while showering it with military and diplomatic support. Either way, the blank check has continued. Not surprisingly, Israeli leaders have learned that the words don’t matter, but actions do.

Under the Trump administration, U.S. enthusiasm for Israeli territorial expansion has grown. Trump declared Israel’s capital to be a united Jerusalem, which includes occupied East Jerusalem. He recognized Israel’s annexation of Syria’s Golan Heights. He proclaimed that the illegal Israeli West Bank settlements were not illegal. And he put forward a “Peace Plan” that would add even more territory to greater Israel.

Encouraged by his U.S. champion, Prime Minister Netanyahu ran in the recent Israeli election on a campaign plank of annexing key parts of the West Bank. After Netanyahu’s moderate opponents collapsed, the path to annexation seemed clear. Then, at the last minute, Washington demurred, concerned that perhaps they would destabilize the whole region, but the aid keeps flowing and Israel keeps growing.

Trump’s eleventh-hour second thoughts, and even stronger words from previous administrations, could not stop Israel. As supporters of justice have long been saying, words must be backed up by actions—actions that actually deny Israel military supplies or even hurt the Israeli economy.
The Boycott, Divestment, and Sanctions movement, a Palestinian-led campaign promoting various nonviolent forms of actions against Israel, follows a time-honored history—as in the Montgomery bus boycott and the divestment from South Africa’s apartheid regime—of peacefully opposing injustice.

U.S. sanctions against Israel are the only way to stop the Israeli annexation juggernaut, and that means ending U.S. military aid now.
Until these annexations are stopped and reversed, the prospect for justice in the Middle East are grim indeed.

This post was written in response to a specific annexation threat by Prime Minister Netanyahu, and was first published in the Star-Ledger on 30 June 2020; as of 28 August 2021, it is no longer at the former link (https://www.nj.com/opinion/2020/06/no-to-annexation-no-to-us-military-aid-opinion.htm).
Stephen R. Shalom is a member of Jewish Voice for Peace of Northern New Jersey. He teaches political science at William Paterson University.